Ah the sounds of summer.

My kids are in the last few weeks of school, and I’m not looking forward to the “I’m Bored” summer anthem.

I made the mistake of trying to solve the boredom, early in my parenting journey. 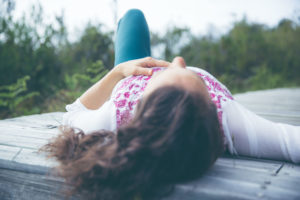 30-50% of our thoughts wander from our primary task.

“What about the Pool?”
“Draw a picture”
“Go for a bike Ride”
“Make a Fort”
“Play in the sprinkler”

The replies were a variation on “that’s no fun” or “no”.

I started a rule a few summers ago. If you tell me you are bored twice, then I assign you a job. Simple as that. It wasn’t perfect, but I did hear “I’m bored” less. My house was not as clean though. Maybe it backfired.

While my kids moped, flopped, rolled and sighed their way around the house I discovered this: I just had to wait them out. I would say silently to myself “My will is stronger than yours” as I gritted my teeth, sticking to my limited screen time rule.  I have noticed that I have to do the same to myself.  Allow myself to be bored, irritated, unsettled – and resist the urge to search my phone.

Boredom is the result of having nothing to do that one likes, rather than nothing to do. Boredom is generally considered to be a negative state.  You bet it is.  For a parent, especially.

Recently, my 11 year old was frustrated at having to wait at the doctor’s office. He sat on the exam table covered in that weird paper sheet. As he complained, and whined, he started ripping up the paper on the table. I watched with interest, as he ripped and twisted and wrung the paper in his hands. 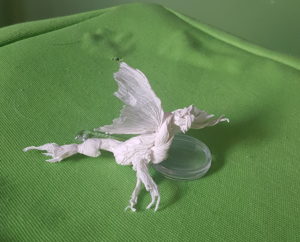 Finally, a look of calm and surprise on his face, he showed it to me with a smile and said “it looks like a dragon”. Indeed it did. He made some final adjustments, then showed the doctor and reception staff with pride what he had created.  I gratifyingly congratulated myself on this glimmer of parenting prowess, and smiled confidently to the receptionists, as if my previous visits were clearly not the bar by which I should be judged.

Boredom can be good. Your Imagination network (Default Mode Network) works best when your brain is idle. This network was discovered by accident during a study where Shulman et al. were trying to compare two states. To have a “control”, or a “nothing” state, like a palate cleanser between wine tasting, researchers asked the subjects to think of nothing. This was the most active time in the brain, and areas of the brain not known to communicate with each other were having a party.

Space helps creativity take flight.  Task-free time creates an environment for imagination.  Scrolling on our phones has replaced our navel-gazing and cloud-spotting daydreaming time. Franklin says about 30-50% of our conscious experience is occupied by thoughts unrelated to a primary task.  So apparently we daydream a lot.  You are probably daydreaming right now.  SNAP OUT OF IT!

Boredom may have positive creative effects, but it’s not black or white. Mann and Cadman found that being bored increased the number of creative ideas, but not necessarily more original ideas than the non-bored state.  Park, Lim and Oh found that boredom helped boost individual productivity on an idea-generation task. In a second study, boredom just created more boredom, without eliciting other negative emotions like anger and frustration.  Boredom only increased creativity for a product generation task if the subjects had specific personality traits, in a third study. I would like to know how they kept themselves from being bored while completing 3 studies on boredom.  This selective effect sounds a bit similar to the research on marijuana. Schafer et al  found that marijuana use increases creativity in those who have generally low creativity, but did not affect the creativity in those who are already creative.

JK Rowling was inspired for the Harry Potter story when stuck on a train, looking out the window.

Galileo, a student bored in a cathedral in Pisa, watched the candelabras swing, and started timing them to his heartbeat, discovering pendulum theory. It wasn’t until he was 77 and blind that he was able to apply this theory to improve the accuracy of clocks.

Poincaré, the famous mathematician, observed a strict work regime of 2 hours of work in the morning and two hours in the early evening, with the rest of the time for his subconscious to carry on working on the problem in the hope of a flash of inspiration. He claimed that “it is by logic that we prove, but by intuition that we discover”.

There are negative aspects to boredom.  Spontaneous thought (daydreaming) is linked to depression, anxiety and other mood disorders, especially if the thoughts are negatively self directed. It seems that there could be up to 5 types of boredom, which manifest different states.   I got a bit too bored reading about them all, tbh.

If you are really bored, you can read the long article about boredom, its’ states and types.
Or, you can come to my house and I’ll give you a chore to do.